I made a flower!

Big thanks to Neusole Glassworks for offering up a groupon through which Calen and I got to take a class and each make a glass and a flower on our fall break (a new thing this year - supposedly to help with second quarter's discipline stats).

It'll be a week before we can go pick up our product (annealing and grinding and all, natch), so no final pics just yet. For now it's just production stills. 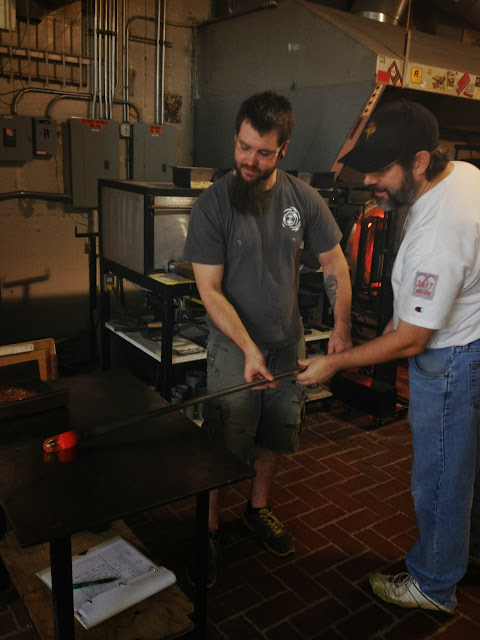 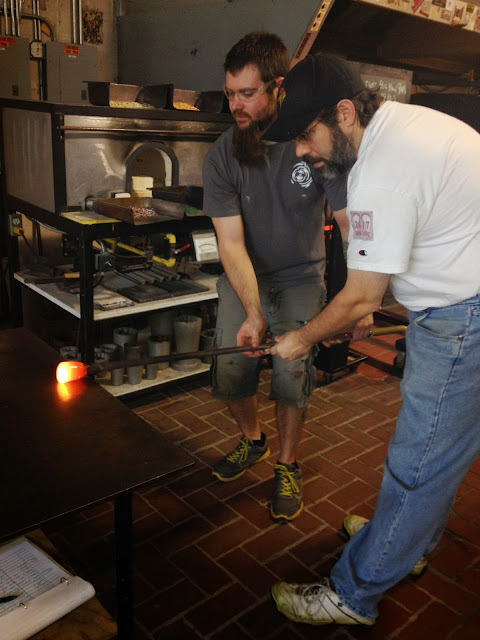 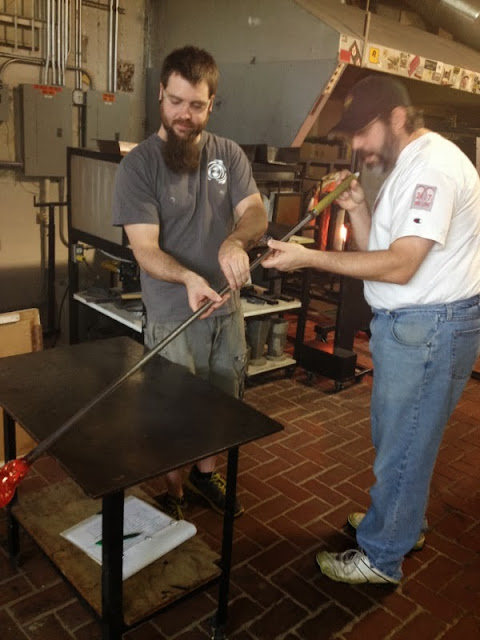 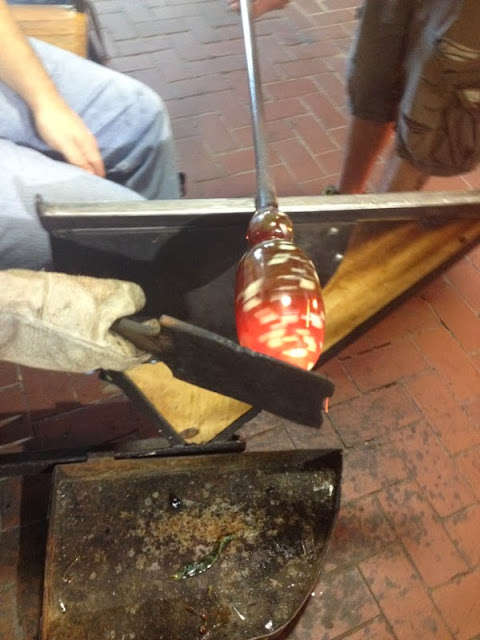 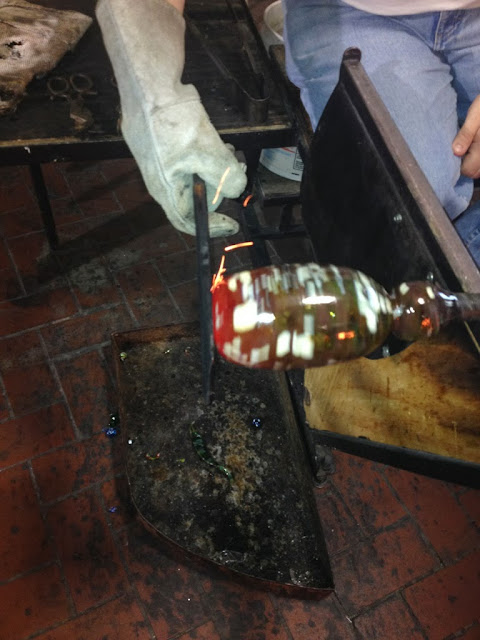 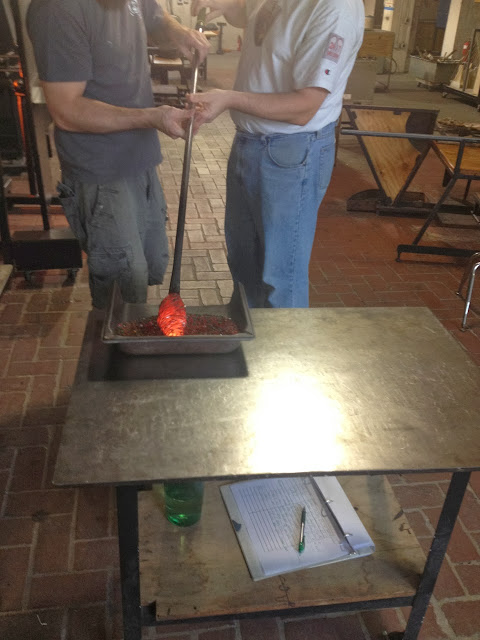 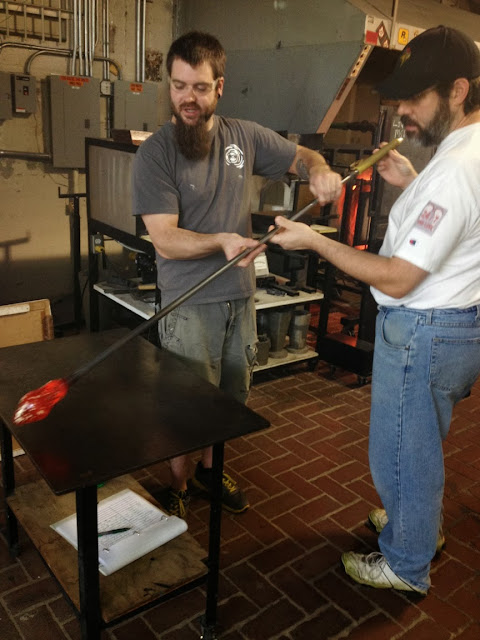 This rainbow was hanging over my house last Wednesday.

Or, rather, these three rainbows were hanging over my house last Wednesday... 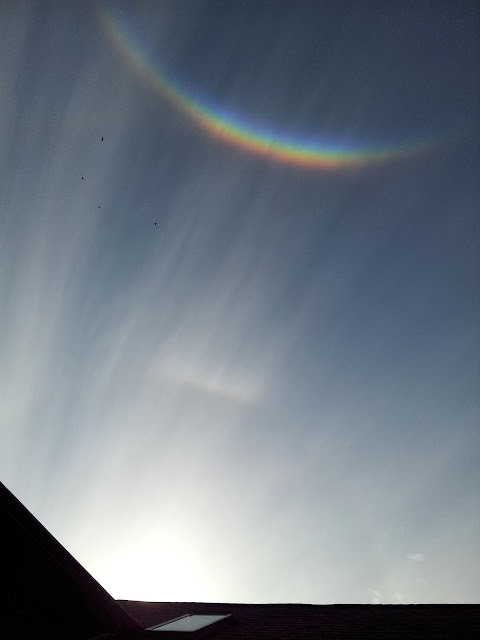 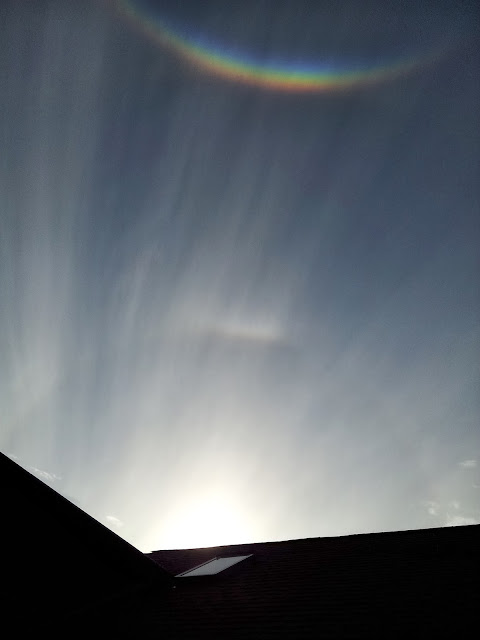 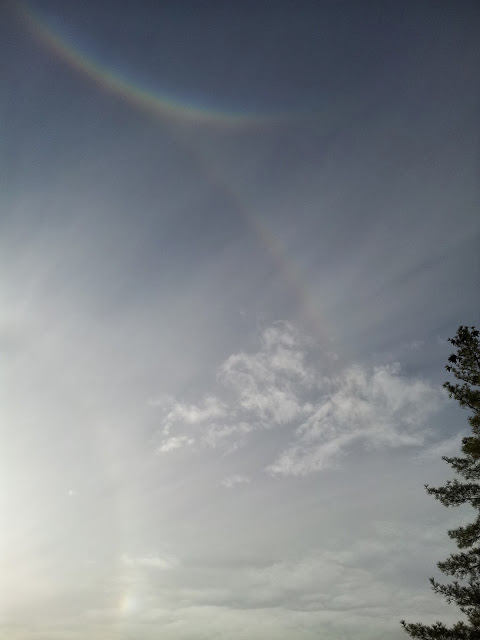 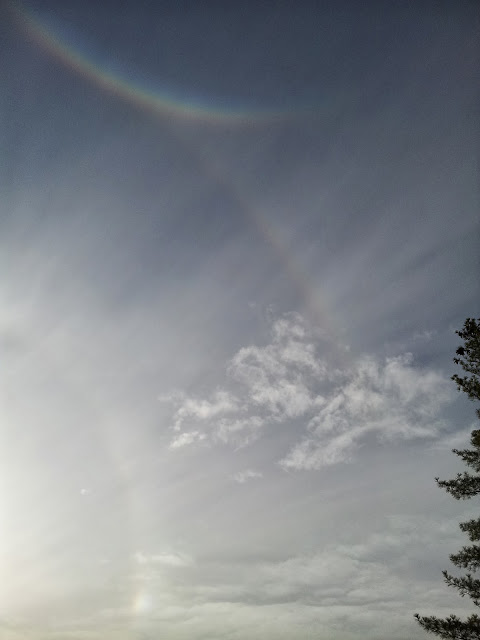 The highest rainbow, the one going the opposite way from how you would expect, probably came from the ice crystals in the upper atmosphere because we had our first few flakes of snow the night.
at 8:09 AM 0 comments 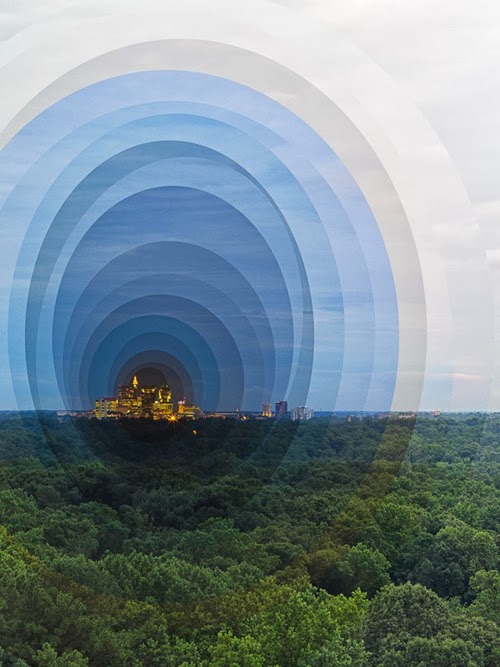 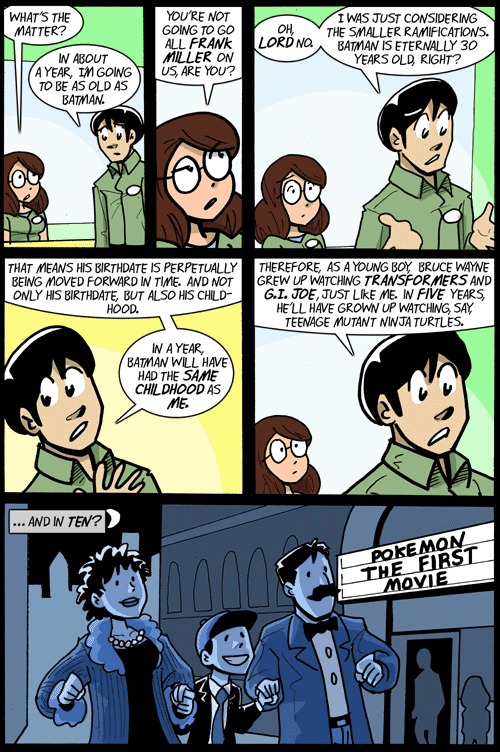 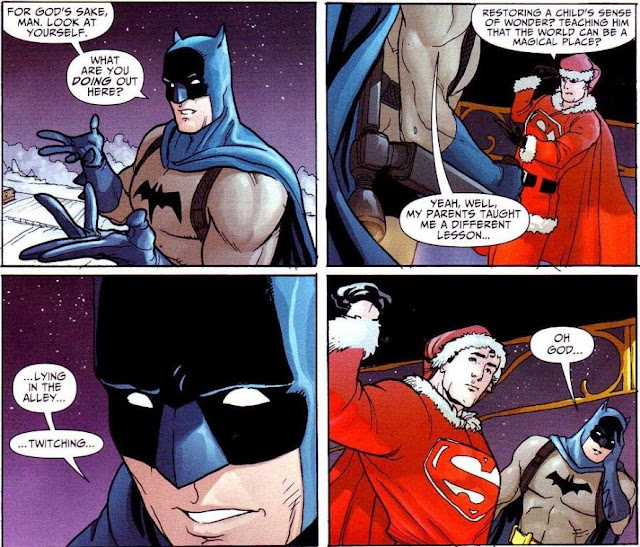 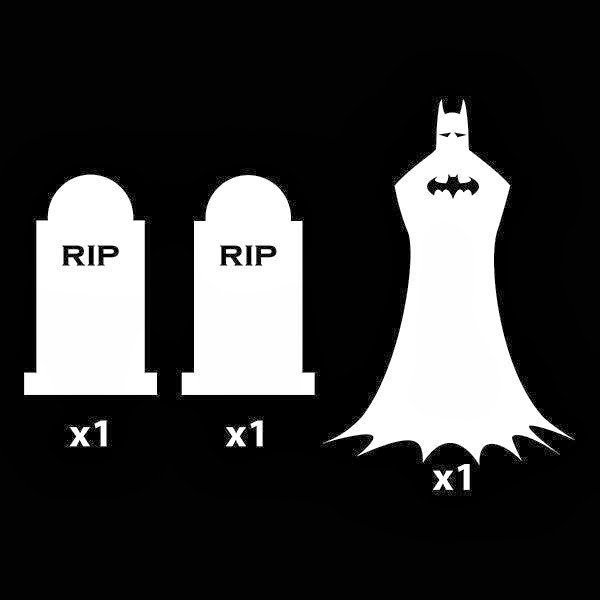 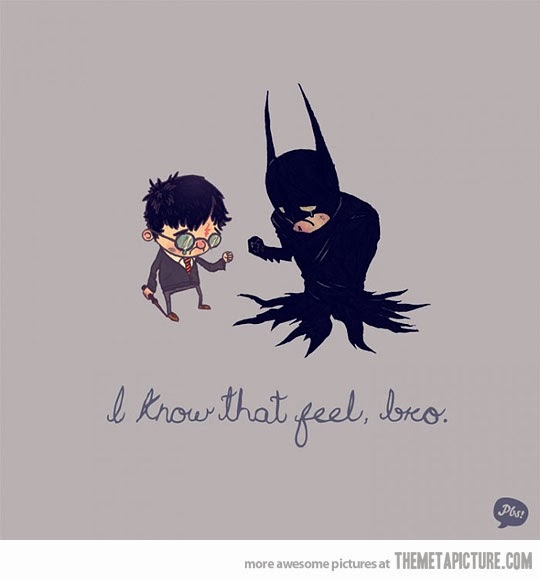 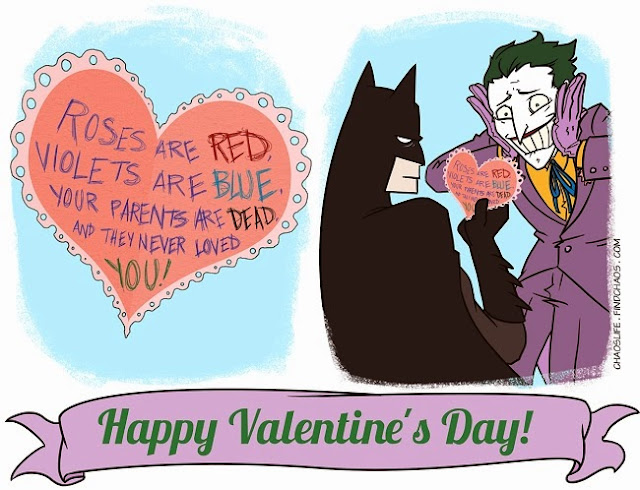 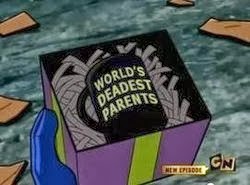 Because I'm always trying to hunt these three posts down, I'm putting them here together with one single tag that should help me find them quickly.

It seems to amazingly simple: heat a ball of nickel up to red hot and drop it into stuff.

But it's just so fascinating to watch.

In cars... from PHSChemGuy on 8tracks Radio. 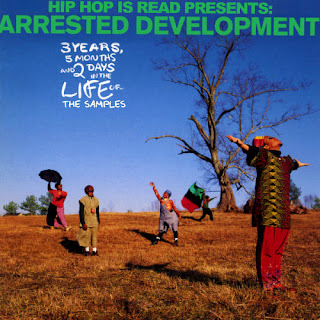 I was listening to the brilliant 3 years, 5 months, and 2 days in the life of... album by Arrested Development and got to wondering about other one-album wonders, artists who popped into the popular consciousness for a single album then receded or disappeared entirely.

In doing a bit of research, I found a number of sites with pretty good lists of one-album wonders:
As it turns out, I don't have much to offer to these lists.

Heck of a blog entry there, ChemGuy.

I've been wearing more neckties again this year, something about trying to be good and work with the culture plan in the hopes that the situation at work can get better. So, I'm on the lookout for a few new ties...

I want but am to cheap to pay for some new chemistry ties like... 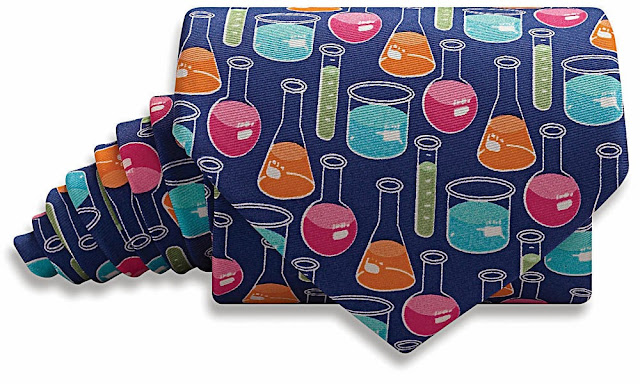 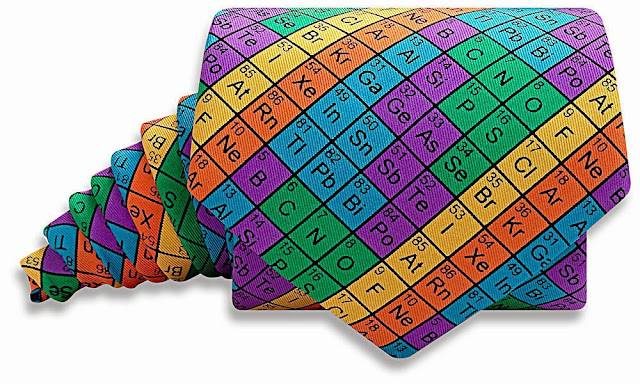 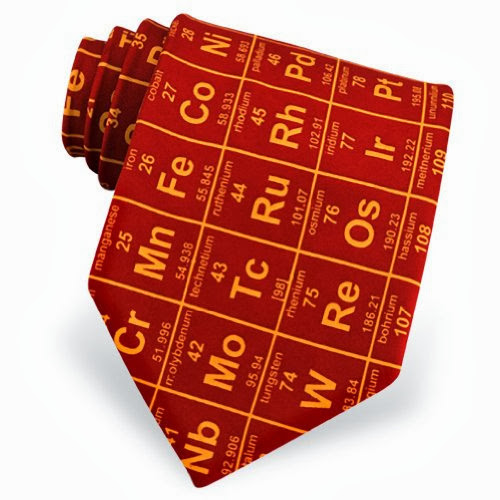 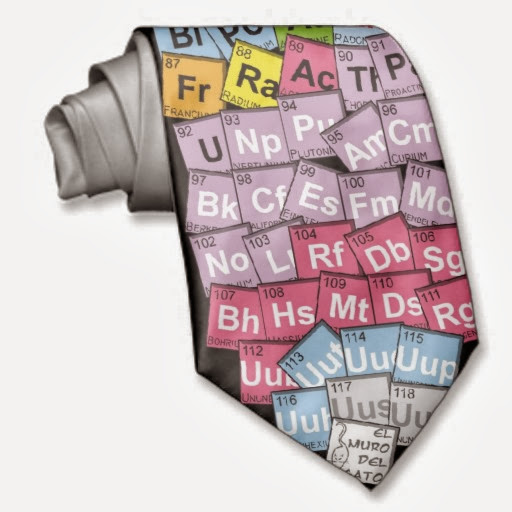 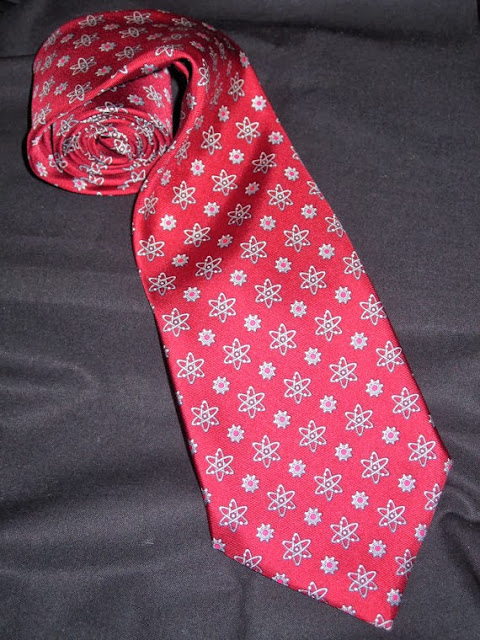 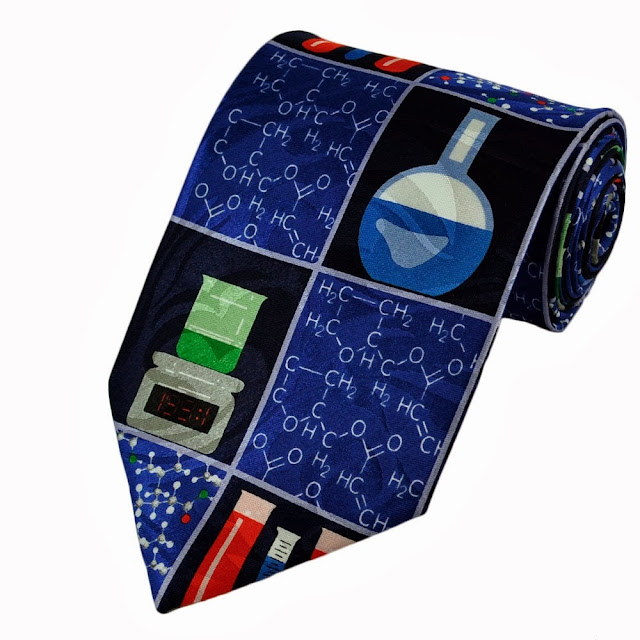 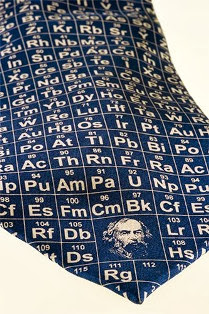 The Avett Brothers' new album, Magpie and the Dendelion, is available in full on NPR's site.

I had no idea at all that there was a website that ranked every college football team in the nation regardless of division.

Luckily, though, I came across the Massey Ratings which ranks all 916 college teams together in one, giant list using what I'm guessing is a pretty complicated formula. The important things...

Looks like the Little Giants need to step up the strength of schedule. Playing the #816 schedule isn't going to help get into the playoffs if they have a down year.

I do wish there was a column to tell you what division the teams were in. It's one thing to see all the NCAA teams together, but it would be more informative to see which ones were DI FBS vs DI FCS vs DII vs DIII - as well as to see where the CCCAA comes in.
at 5:12 AM 4 comments

I mentioned on Saturday that Guillermo del Toro's Simpsons opening had a ton of references.

Thankfully, somebody has cataloged them.

I think I could test out of the introductory-level course.

Be careful out there, folks, never know what could develop... 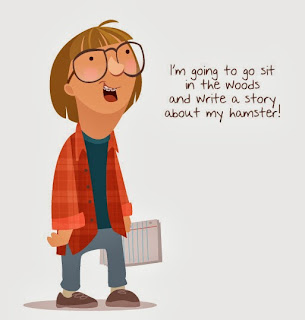 Every now and again something pops up and that makes me think maybe this job - in this place - might be worth doing for a little while longer. Today's piece of evidence comes to us from AKC09 on LiveJournal.

See, AKC09's a PHS graduate from way back...like 2001. She recently posted some reflections on her time at PHS and reasons why it wasn't that bad.


I had a group of other nerdy girls. We talked about philosophy and biology and art at our little nerd lunch table and our little nerd slumber parties and kind of thought we were the s***. We lucked out that we ended up in the same class; this made a HUGE difference, and without having those ladies as my core group of friends, I have a feeling high school would have been practically unbearable. The effect here is similar to the fact that:

We had an incredibly diverse class. My high school, being a big public school in suburban Cincinnati, drew in many different demographics. We had rich kids, poor kids, suburban kids, rural kids, white kids, black kids (not a big Asian or Latino presence while I was there (ten years ago? Whaat?), but what can ya do). Because of this, there were a number of different social hierarchies, and it was basically impossible to be at the "top" of all of them simultaneously. This turned out to be a great thing, because hey, it mirrors the real world!

From the lone time I've met AKC09 and the religious following of her blog, I can say she seems to have turned out just okay, partially, I would like to think, thanks to her time at PHS. 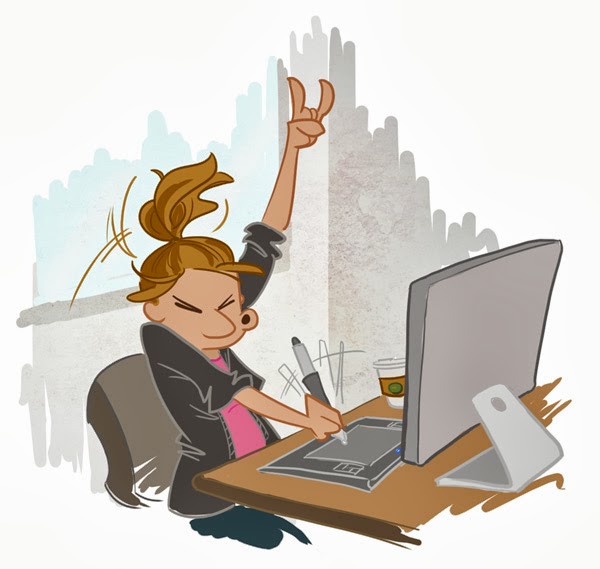