I happened upon an NPR article testing out the internet video showing how to open a bottle of wine with a shoe and a wall.

...and the NPR attempted recreation...

Wait, I know what you're thinking. That guy with the curly hair, the guy right here are 0:56... 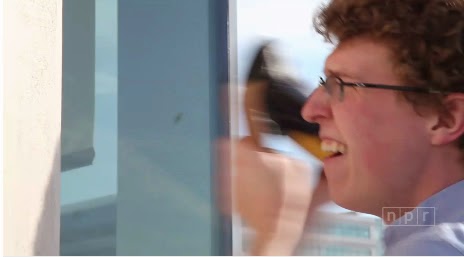 Isn't that the same guy who made the "Biologist's Saint Patrick's Day Song"?


Well, the credits to the NPR video list the folks featured in the video, including Adam Cole... 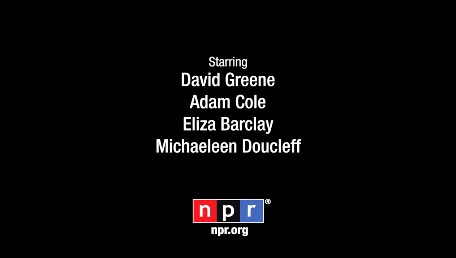 ...and a quick search of cadamole (the poster and singer of the aforementioned St Pat's song) offers up this fourth hit stating that cadamole is Adam M. Cole - but weirdly this fifth hit that says definitively in 2010 that cadamole, a bio major from Stanford, does not work at NPR.

I'm thinking things have changed since 2010.

...oh, and I'm just assuming that you guys had the same questions I did when watching that NPR video. If you didn't, then nevermind...

Beverly Goldberg had always been the puppet master... 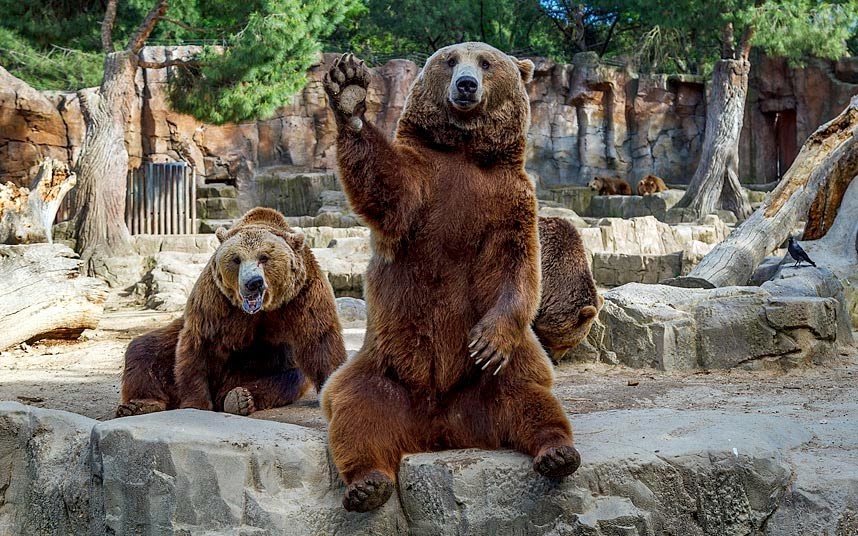 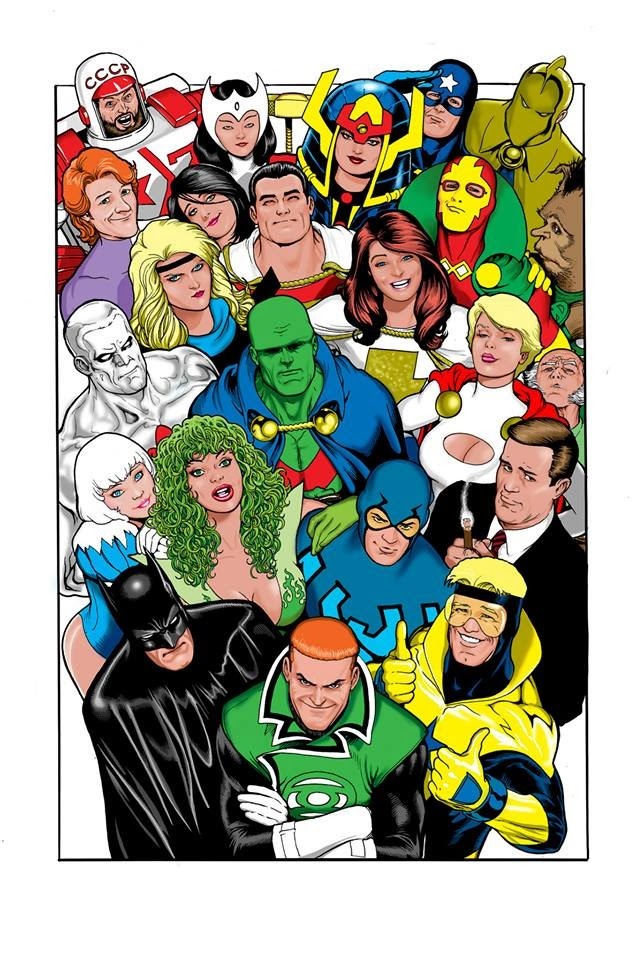 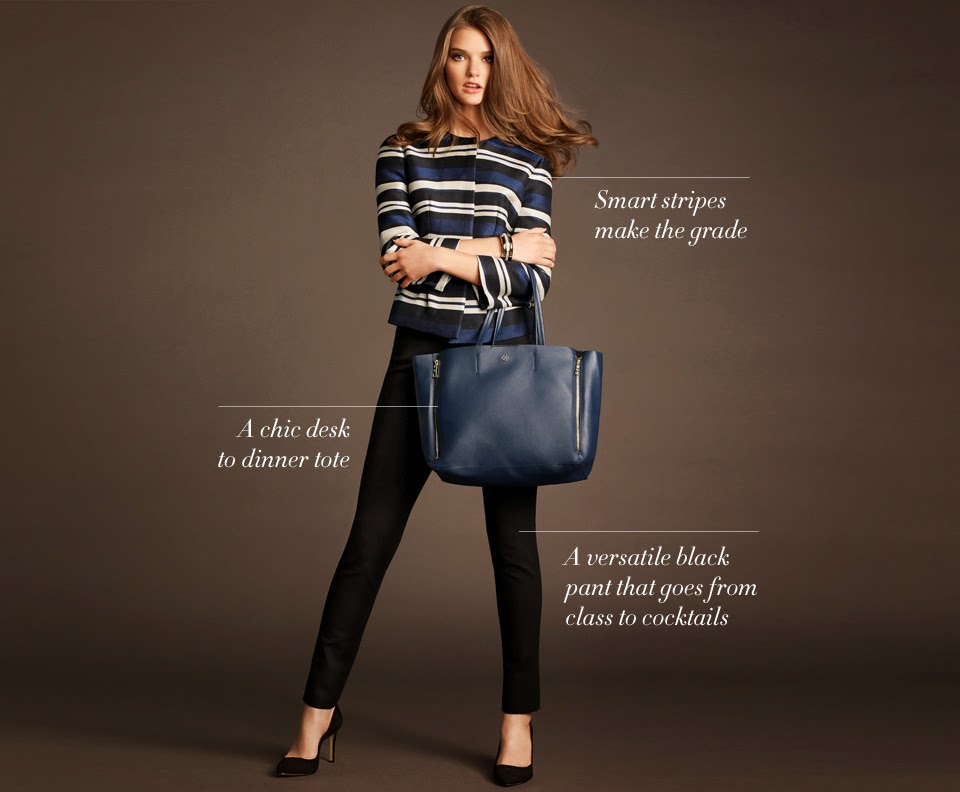 Last week one of my former students interviewed me for a college project. The assignment required her to interview someone in the her chosen profession. The former student is heading to be a secondary science teacher, so she contacted me. I'm honored, by the way, and I'm always happy to offer some advice or perspective or something to someone thinking of heading into the teaching profession.

Over the course of the next while, I'm going to answer each of these questions her on my blog. Many of the answers, I would imagine, will have a kernel of the same answer that I gave my former student, but - especially in case she's tuning in around here - I want to warn that they'll not all be exactly the answer I gave her. If' I'm intentionally changing my answer, I'll say why.

Are there any questions from this list that seem particularly of interest to any of you? If so, I'll start with those. Or, are there any different questions about teaching you'd like me to answer? If not, I'll probably work through as I feel.
Oh, and the image up top is from an Ann Taylor post on what to wear to a teaching interview. I searched for 'teaching interview', and that's the best thing I got. The first official images of the Lego collectible minifig series of The Simpsons have been revealed. So, how're Calen and I going to feel for these figures?
I'll be looking for Whitefang's figure review and the eventual feel guides that will appear online to get some better hints as to what the various accessories feel like through the bags, because I'm not looking forward to screwing up at an extra $1 per figure this time.
at 6:45 AM 0 comments

I taught her everything she knows...

And a heck of a chemistry student for me last year. 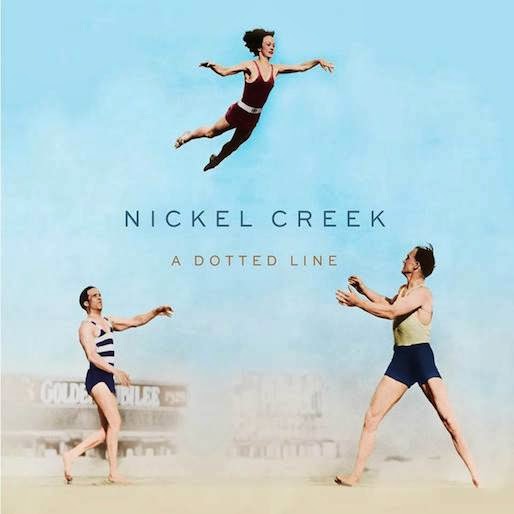 If you've any interest in their music - a full-out, genre-blending combination of bluegrass, jazz, alternative, classical, and just about anything else that Thiel and the Watkinses felt like putting in there - this is an absolute must. The musicians are brilliant, and the music - tunes and instrumentals - are outstanding. Early reviews are excellent, too.

I'm a huge fan of punny headlines whether they're on the signs outside Tire Discounters, the marquees in front of churches, or atop the newspaper page.

The tumblr Heds Will Roll posts not-quite-used headlines that are universally outstanding puns. 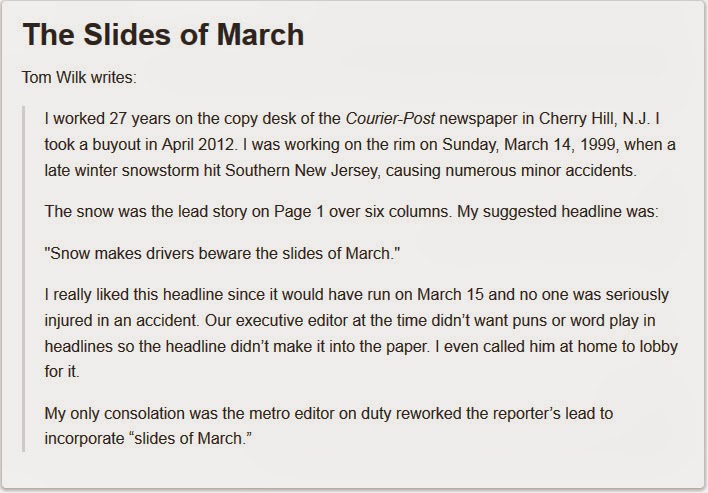 Why not Dracula Dinosaur? 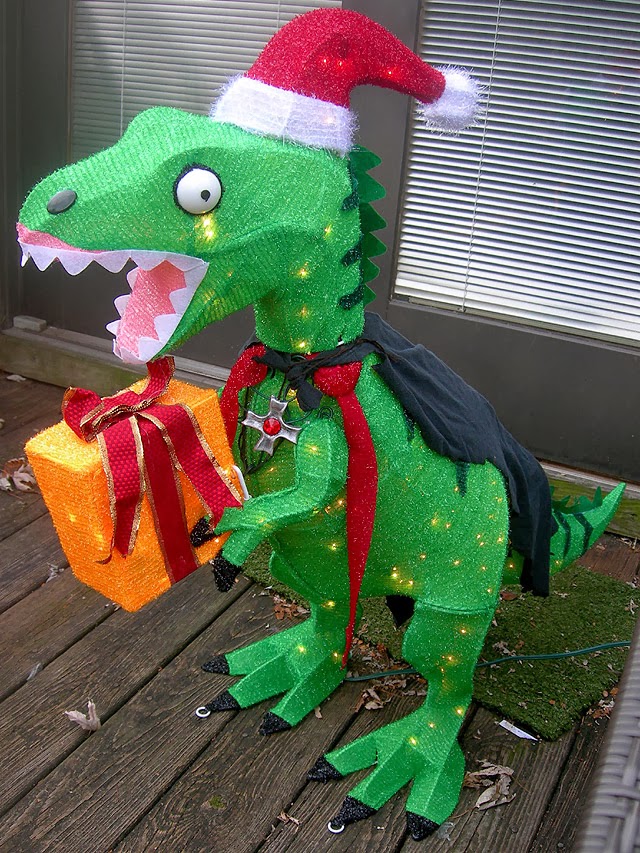 I read somewhere once that one of the ways to garner great blog traffic is to keep the blog's focus tight so that people know what to expect each time they visit. Keep the focus tight and publish new content like crazy. Some slice of the public will eventually find you and your content fascinating.

Dinosaur Dracula has, as far as I can tell, a laser-like focus on pop culture crap with particular thematic foci on Christmas- and Halloween-themed goods (decorations, toys, food, movies) and general toy collections from the late 1980's.

Take a look, in particular at his posts on... 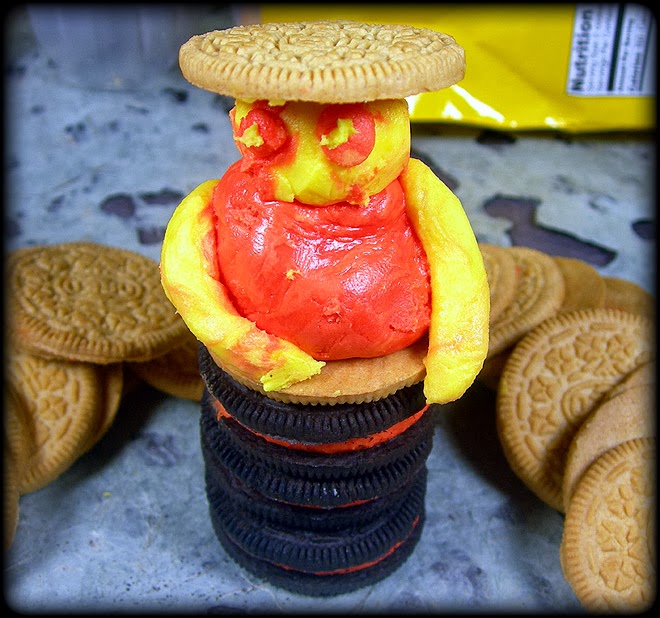 I'm amazed at how many YouTube channels are local radio stations who are able to bring some pretty outstanding musicians into their studios for a quick concert.

This week's example is WFUV in New York and their YouTube channel.

I'm hoping to go to a basketball game tonight.

These are a few of my favorite tracks

My Favorite Songs from PHSChemGuy on 8tracks Radio.


Today's 8Tracks playlist is my favorite songs, chosen in a bit of a roundabout fashion.

I took the default 25 Most Played playlist from iTunes, expanded it to 75 songs, sorted by album, and uploaded the most played song from each album.

I'm a bit surprised by some of the songs ("Cecelia", really?), but most of them are songs I think of as being pretty outstanding. 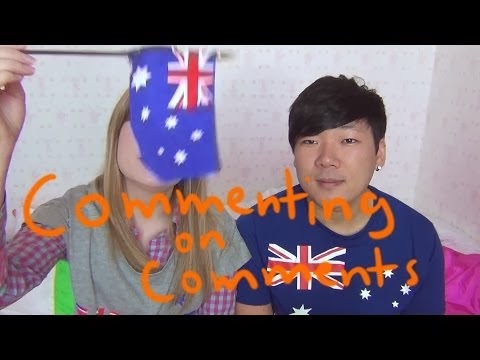 Who are those who are included in salvation? All men who believe and obey what the apostle Peter preached on the Day of Pentecost are saved. It does not make any difference what denominational name is written on the church building where you worship, if you obey the gospel preached by Peter, then, you are saved, you are a member of the Lord's church, you are part of the church of Christ, you a member of the body of Christ, you are a Christian.

This is the same message Jesus preached. (Mark 16:16 "He who believes and is baptized will be saved....)

All who meet the terms for pardon are saved regardless of the denominational name on the church building.
YOU ARE INVITED TO FOLLOW MY BLOG.

It included a blog address and the poster's name, neither of which I'm going to mention here because I'm not sure this is a man who needs more traffic.

And I do think he might have missed the point of the original post which was pretty much to say, "hey, here's some info about Ukraine that I didn't know until quite recently."
at 8:58 PM 0 comments 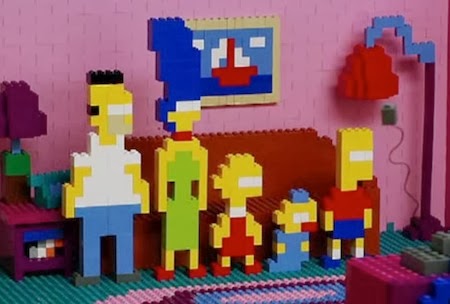 The list of Lego Simpsons collectible minifigs has been released by Amazon UK.

Let's see how I did from my revised guesses.

First, my guesses after revision upon seeing the Evergreen Terrace house set...ones I got right in green, wrong in red...
...and the quasi-official announcement...ones I got right in green, wrong in red...
So, 11 correct out of 16 possibilities. The Marge, Maggie, and Ned misses I don't feel too bad about. I didn't think we would get second versions of them, but Lego is apparently okay with that. I should've know about Moe and Barney being too alcoholic for Lego's target demographic. I'm shocked at the absence of Itchy and Scratchy and the absence of Smithers.

The Toys N Bricks post where I got this news, by the way, was accompanied by an image that appears to just be the Simpsons figures from the Evergreen Terrace set. The only two 'officially released' images are these (from Lego Minifigures tumblr)... 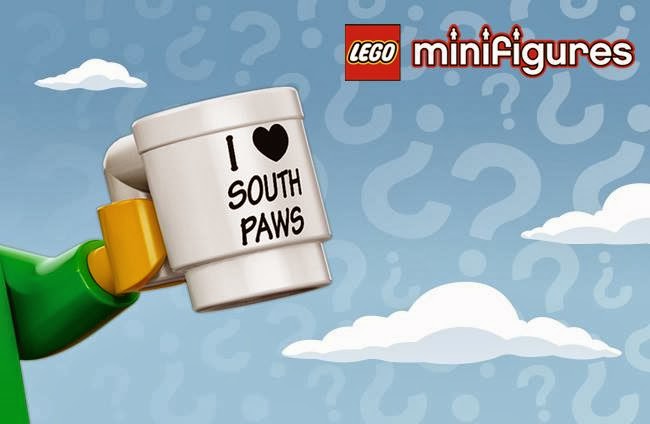 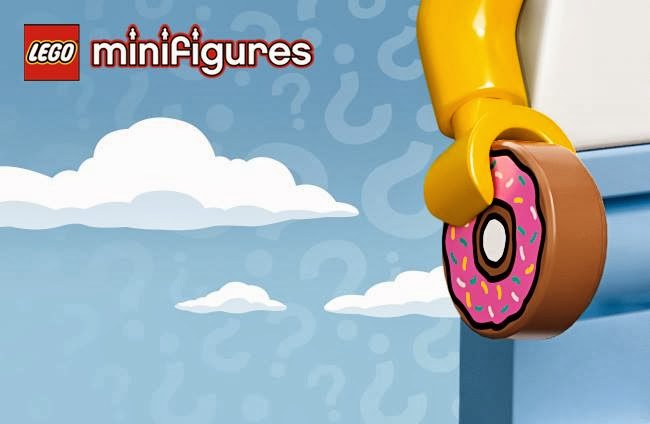 The Life of Alfred

Thanks to Neatorama we have a glimpse into the life and mind of one Alfred Pennyworth.

Helping to clear a few things up

The Ukraine story has me absolutely befuddled. There is clearly a lot of history between among Russia, the Soviet Union, Crimea, and Ukraine, a lot of history about which I don't have even the remotest bit of knowledge. I had to ask a fellow teacher on Thursday to confirm my memories that there was at some point a Crimean War.

Leave it to John Green to clear up some of my confusion...

...and to NPR to help clear up some of the rest.
I am, as always, thankful for NPR's in-depth coverage of news stories. 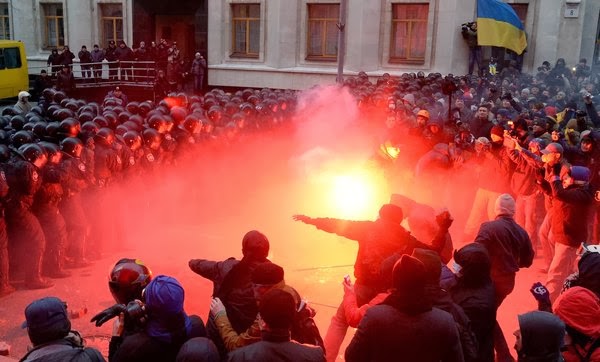 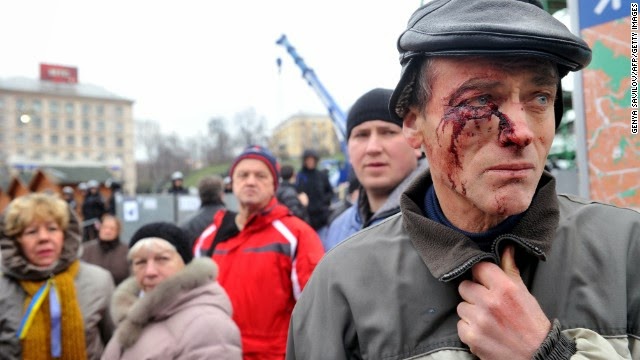 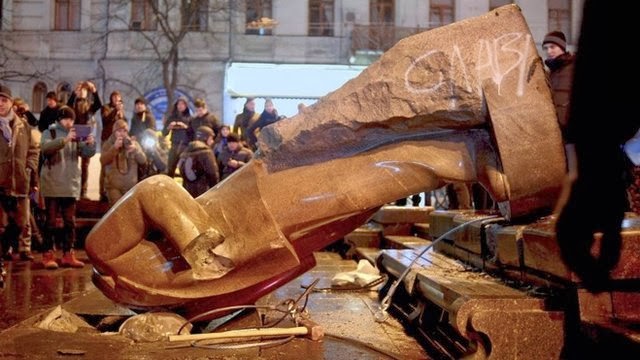 "Not Our Fault" from Bob's Burgers

I am so geeked for the premiere of Cosmos this Sunday. Yeah, I love Bob's Burgers and all, but I don't think I've ever watched it anywhere but on Hulu anyway.

Update: Why this year was a failure 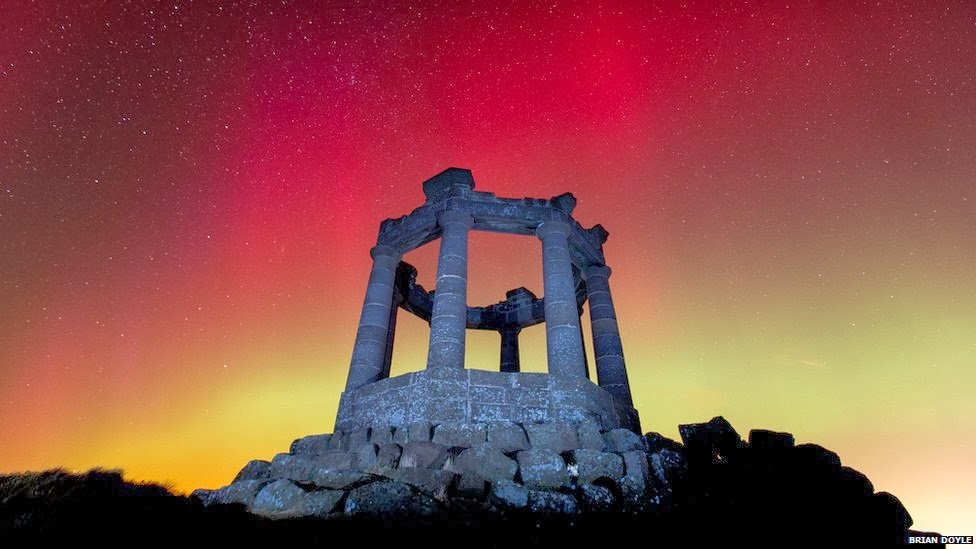 In regards to my recent post about wanting to see the aurora borealis, and it turns out that the lights were visible in Aberdeen where I spent a year a couple of decades ago.

I hate Scotland for having the lights now instead of then. 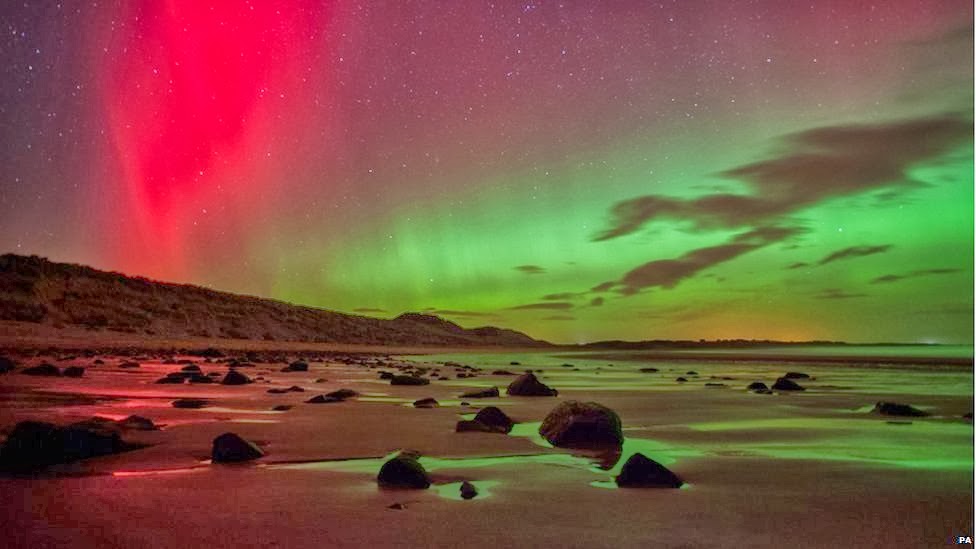 Reviews! Get your reviews here!

The man is an absolute blast at this point, and he's actually a heck of an actor. In spite of his prominence on the poster and his big name as the primary draw for folks to check into the film, McConaughey isn't nearly the lead in this film. The lead is the far younger, Ellis, played by Tye Sheridan from Tree of Life, and he's spot on perfect in the role as a young man who throws his lot in with the titular Mud and his quest for the love of his life, a barely in the film Reese Witherspoon.

The movie is a quality slice of life on the Arkansas river, families living on hacked-together houseboats, and just barely hanging on. Mud shows up as a change for Ellis at a time when he's in desperate need of something to hang his hope onto. Mud's background is revealed in drips and drabs with Ellis helping him stay in contact with Juniper, bringing food to Mud's island, and 'procuring' the parts needed to get Mud's recovered (and oddly treed) boat in operating shape.

Along the way, Ellis learns that true love isn't always true love and that there might be a second chance for him and his father and mother. It's an impressive film and one that comes together perfectly for a conclusion that left me with a catch in my throat.

Easy A - Emma Stone's lead is an engaging character whose choices get far, far out of hand. She's a mature-for-her-age, highly literate, raised by her NPR-loving-far-too-understanding parents, and well-off high school student whose initial exaggeration (or, more truthfully, outright lie) takes on a life of its own very, very quickly thanks to her nemesis, Amanda Bynes (in her pre-crazy days). From there Stone offers to help out a few of her friends, and her troubles grow. For the cost of a $25 gift card to Home Depot, Stone tells the world that she knows a number of the male students a little more intimately than people might otherwise imagine. Along the way, Stone predictably falls in love (or at least strong like), realizes that reputation just might actually matter, and only ruins a couple of lives.

The leads are all personable and likeable. The plot seems fairly predictable, but I didn't see the resolution coming until it was right upon us. It's not a spectacular film, but you could certainly do a lot worse in passing a couple of hours.

My stack of comics is becoming daunting, so we'll go with quick reviews of most of the rest of this week's media. 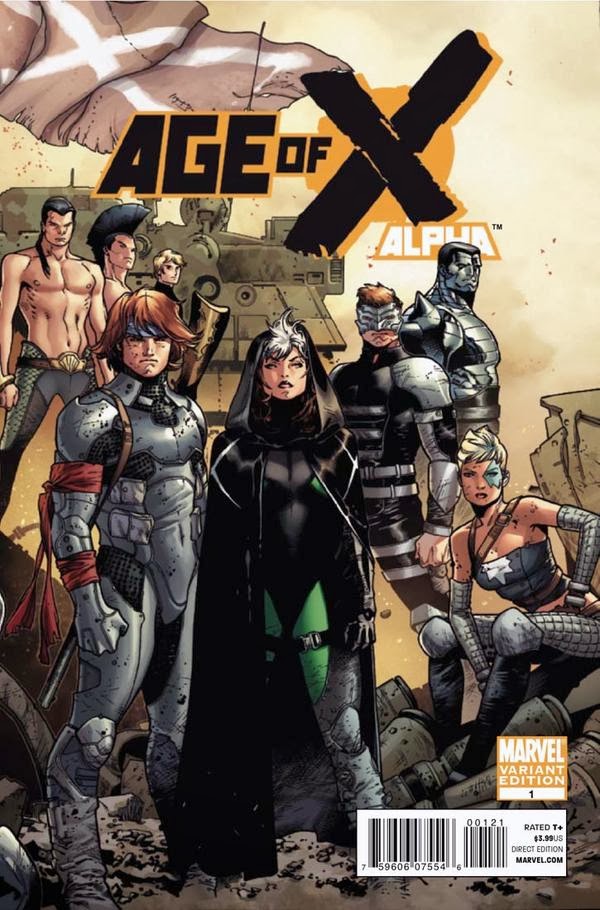 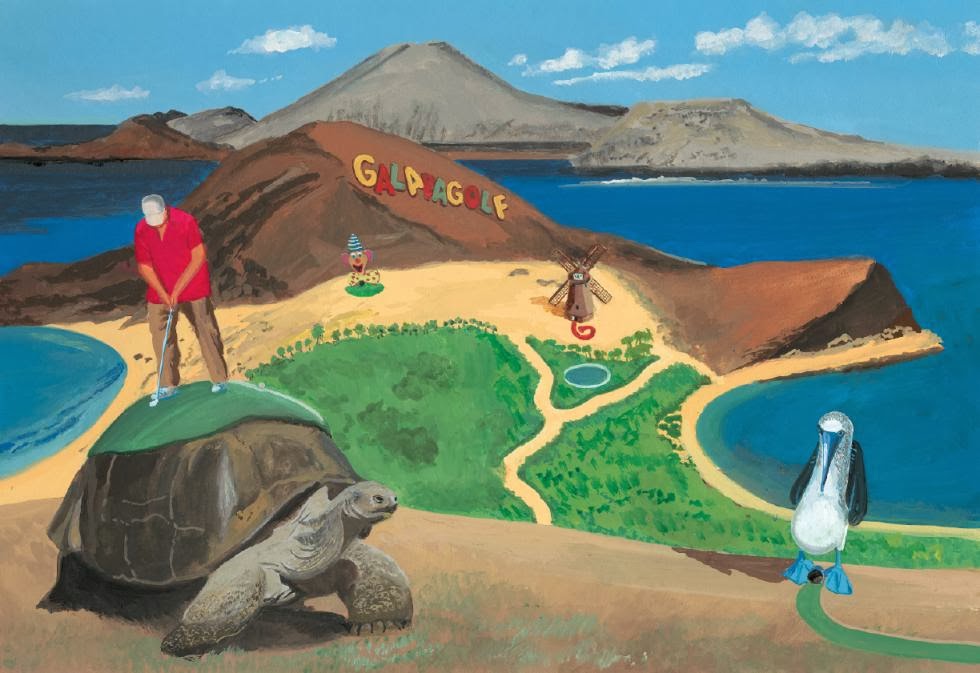 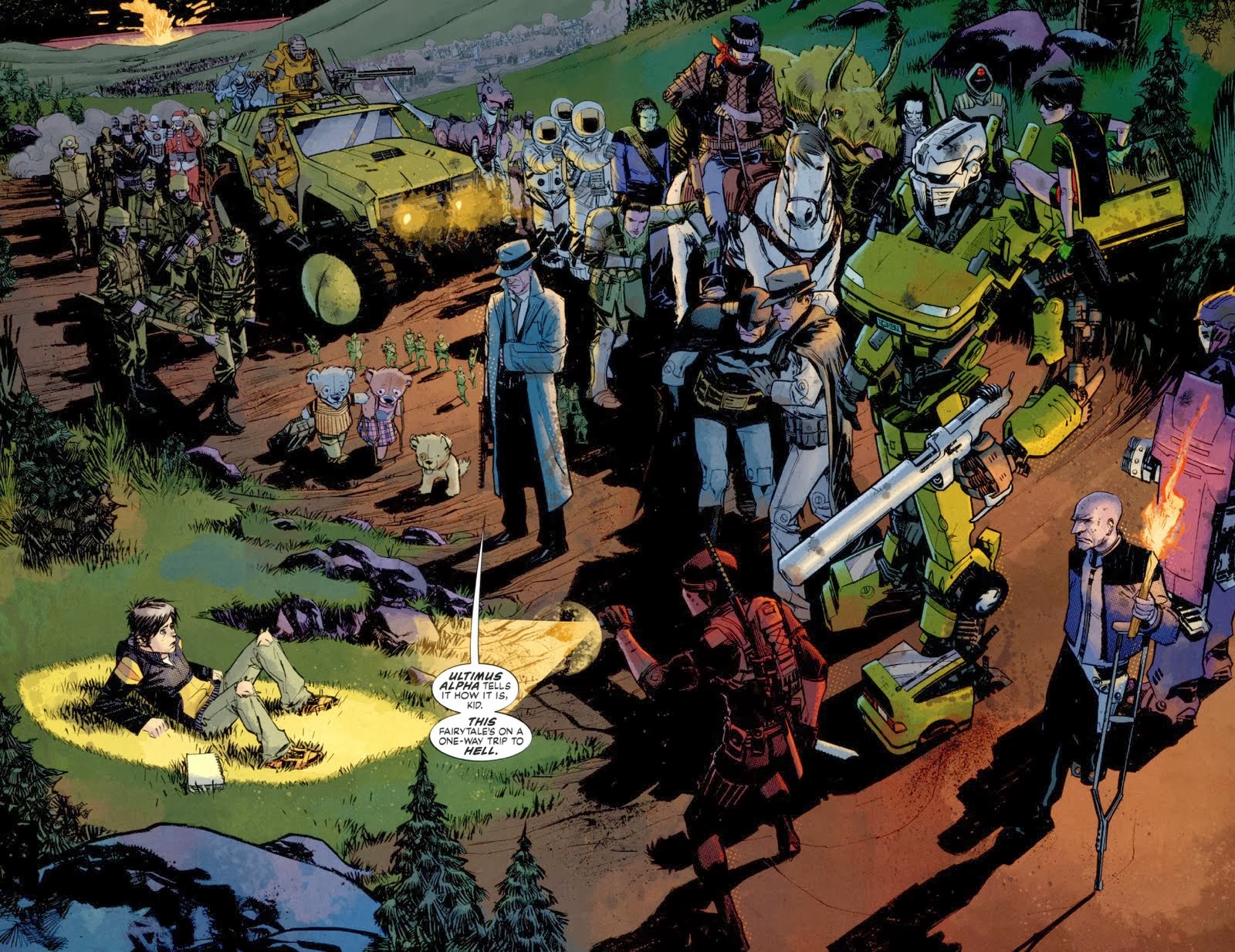 It really is pathetic how frequently this comic from Three Panel Soul describes my life.
at 7:35 AM 0 comments

In honor of Titan 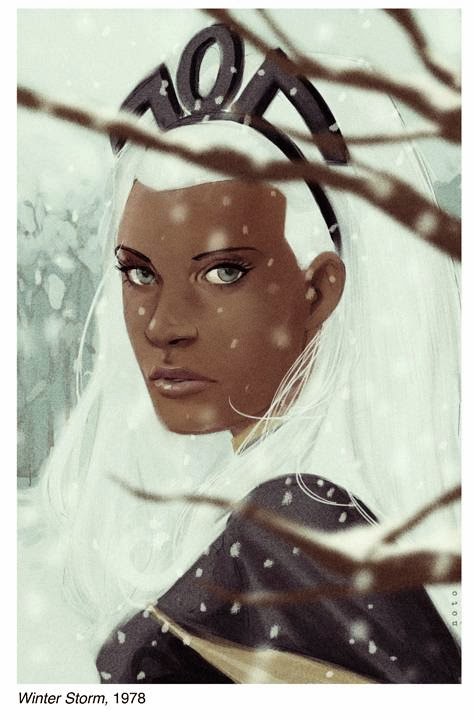 Let's see if I can do better going with the theme of winter-/ice-/cold-themed comic book characters.

First, the characters, vaguely ranked from most important downward...
Now, to the names based on that list...
Left out
Man, that leaves me totally stumped. I've searched the web for a list of cold- and wind- and frost- and ice-themed superheroes and villains, and I'm still stuck for a U. Any suggestions?